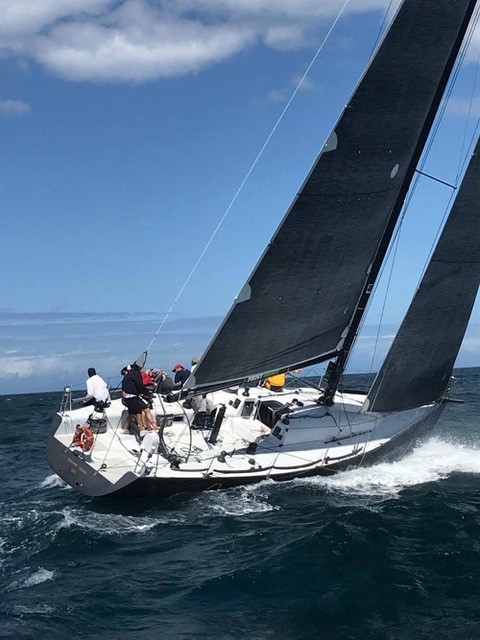 Southport Yacht Club’s Auric’s Quest will be a hot contender for back to back wins in the 2018 Bartercard Sail Paradise Regatta, along with a solid chance to be named champion of the Pittwater to Paradise Series, 2018.

Due to mechanical issues Auric’s Quest was unable to join the east coast offshore race, however fortunate enough to compete in home regatta Bartercard Sail Paradise in 2017. Being the vessels first major event, Auric’s Quest competed against a premier fleet to be crowned regatta champion.

“I am extremely pleased that this event will be an annual occasion to look forward to. Last year was an opportunity that we unfortunately could not attend, however for 2018 the boat is back on track and the crew are more prepared than ever,” said skipper Fred Bestall.

“This is a fantastic opportunity for Southport Yacht Club to showcase the Gold Coasts perfect sailing conditions as well as the Club’s race management professionalism and onshore entertainment,” SYC Commodore Kerry Noyes adds.

Auric’s Quest is currently in Pittwater with the crew well underway with preparations for the 2018 Club Marine Pittwater to Paradise ocean race, following with Bartercard Sail Paradise.

“Our eclectic crew will be well warmed up by the time we reach Southport to compete in our home Club’s wonderful sailing regatta” adds Fred.

With over 60 vessels entered in the series, numerous entrants include from New South Wales, Victoria, Queensland and as far as New Zealand.

A first for the regatta is the ‘Club Trophy’, to be eligible a Club must have three competitors nominated within the IRC division, contestants to watch include Royal Queensland Yacht Squadron, Royal Prince Alfred Yacht Club and Southport Yacht Club.

Held from Saturday 6th to Tuesday 9th January 2018, the four-day regatta will be staged off shore the beautiful Gold Coast beaches.

It will be an amazing sight in January, giving the community the opportunity to watch the competing yachts within close proximity of the Gold Coast beaches.

Southport Yacht Club will host an open house day on Sunday 7th January, with a public invitation to view the yachts on the Club’s 300 berth private marina.

For further information, or to lodge entries, go to: