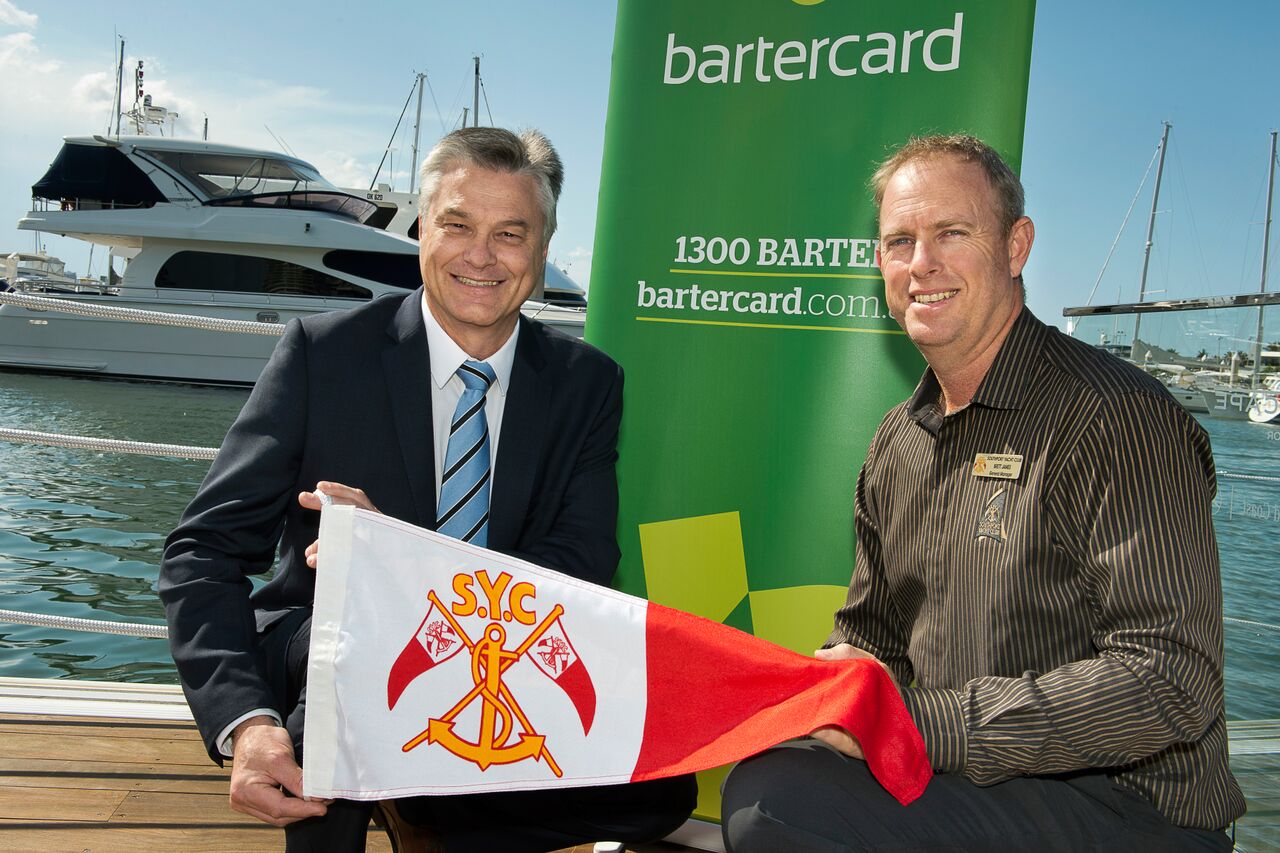 The world’s largest trade exchange, Bartercard, has become the title sponsor for Southport Yacht Club’s signature event, Sail Paradise, as well as the Coffs to Paradise race, which starts on January 7.

The Gold Coast based company, which operates in eight countries and boasts 55,000 cardholders, has taken a two year option on the sequential events.

Bartercard Sail Paradise, which is open to monohulls and multihulls, as well as off-the-beach catamarans and dinghies, will be contested on the waters off the Gold Coast’s golden beaches, and on the Broadwater, between January 13 and 17.

“We have exciting plans in place for the evolution of both Sail Paradise and the Coffs to Paradise Race over the next few years, so it is appropriate that we welcome such a forward thinking organisation as Bartercard as the sponsor of both events,” said Southport Yacht Club’s commodore, Phil Short. “We look forward to being able to present their brand to the sport, and achieve mutually beneficial goals.”

Bartercard Australia CEO, Clive van Deventer, said that Bartercard is thrilled to be partnering with Southport Yacht Club to sponsor the iconic events.

“Bartercard is a locally-started company in Southport that has, over the last 24 years, grown into the world’s largest barter exchange,” said Clive van Deventer.

“We’ve always been passionate about the local communities where we operate, and since start-up we have invested in more than $100 million into the sporting and not for profit space.”

“We are extremely proud to partner with another locally-grown business, to bring these events to the community, and continue growing local commerce and opportunities.”

Both Royal Prince Alfred Yacht Club and Coffs Harbour Yacht Club are supporting the staging of the Bartercard Coffs to Paradise race.

The back-to-back schedule for the two Southport Yacht Club events is designed to give sailors some excellent, high-summer coastal racing while their families and friends can join them on the Gold Coast for fun times during the staging of Bartercard Sail Paradise.

Bartercard Sail Paradise will also present an entertaining social program for competitors, their families and friends. This will include an escape on the mid-regatta lay-day to Southport Yacht Club’s secluded hideaway, Dux, which is sited at a waterfront location on South Stradbroke Island.

Details for the Bartercard Coffs to Paradise race and Bartercard Sail Paradise 2016 can be found on the club’s website: www.southportyachtclub.com.au

Details for Sail Paradise 2016 can be found on the regatta website: www.sailparadise.com.au