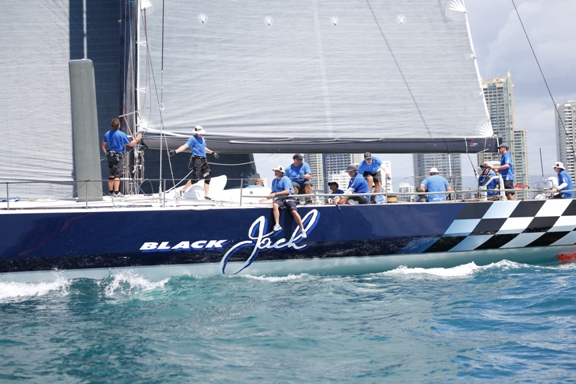 Two of Australia’s best ocean racing yachts, both entries in next week’s Rolex Sydney Hobart race, have been confirmed as entries for Southport Yacht Club’s Sail Paradise series, which will be contested off the Gold Coast from March 6 to 8.

Black Jack’s sailing master, Mark ‘Squark’ Bradford, said his team was out to turn the tables on Alive at Sail Paradise 2015.

“It’s a great regatta, one full of potential,” Bradford said, “so we are looking forward to some excellent racing in March, particularly against Alive.”

Sail Paradise is considered one of the friendliest regattas in Australia. It offers excellent sailing offshore, and exceptional hospitality at Southport Yacht Club.

The regatta is open for a wide variety of sailboats – from Grand Prix level ocean racers to cruising yachts, racing and cruising multihulls and off-the-beach small boats.

Over 50 competitors competed in 2014, with an expected 70 plus vessels at Sail Paradise 2015. The Notice of Race is available along with the online entry at www.sailparadise.com.au Details for Sail Paradise 2015 can be found on the regatta website: www.sailparadise.com.au