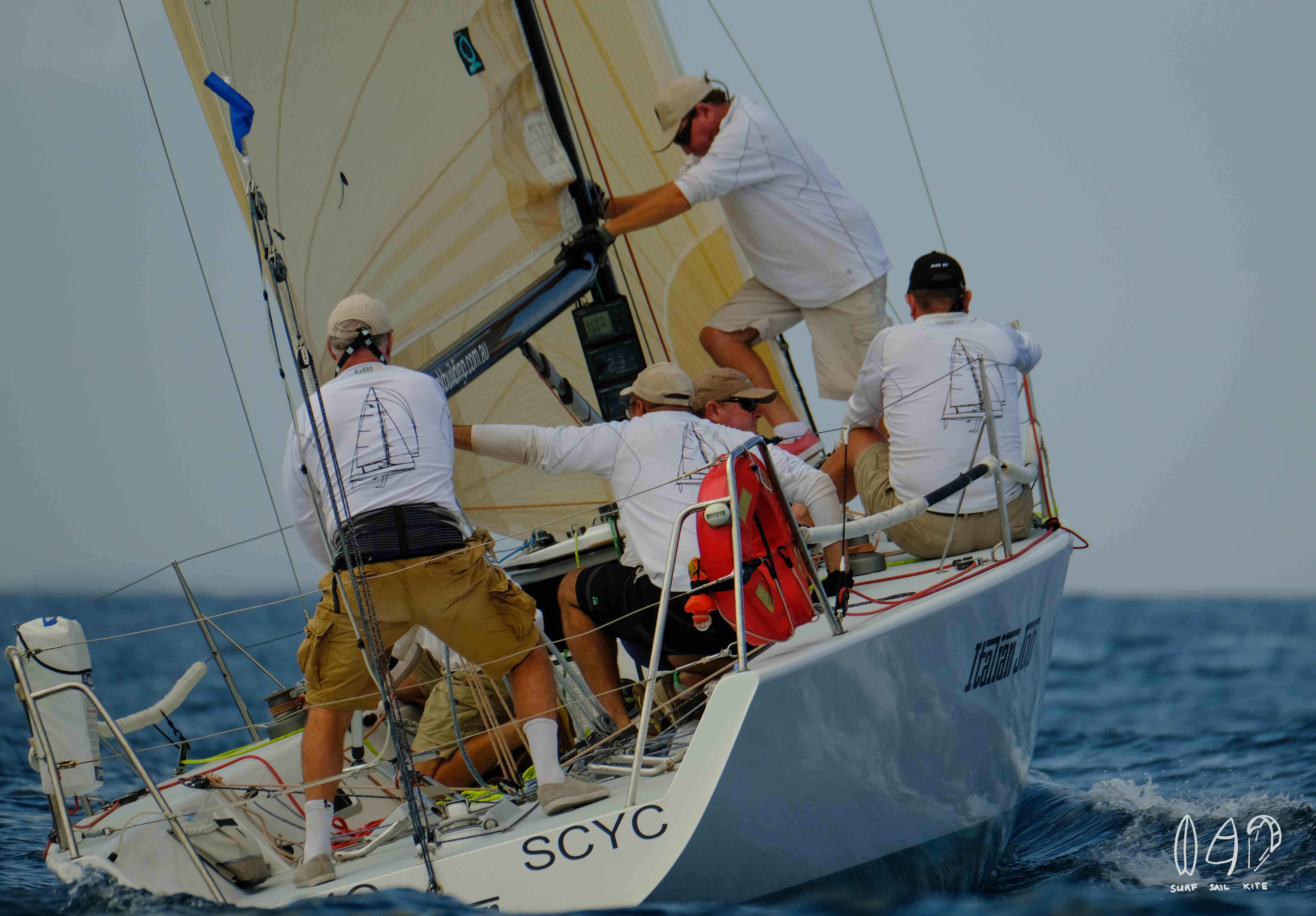 After postponement due to lack of wind, racing commenced at 1400hrs in a 5-8 knot nor-easterly with the smallest swell seen all regatta on day four, the final day of the 2019 Bartercard Sail Paradise Series.

It all came down to the battle between Sunshine Coast ITALIAN JOB skippered by Michael Tom-Johnson and David Rose’s KERISMA GILL who started the final day on equal points for the 2019 Queensland Australian Sailing Yachting Championship. ITALIAN JOB proved that they were the best team of the week, and finished on top by one point in the Queensland Australian Sailing Yachting Championship and are officially the Bartercard Sail Paradise 10th Anniversary Regatta winners.

Christopher Noyes’ WATCH ME, increased their lead on Lee Randal’s SEA FOX by two points and Benjamin Meakin’s PEGGY to be named class winners of the Trailerable division.

All regatta videos and photography can be found on the regatta website www.sailparadise.com.au and www.facebook.com/sailparadise

FINAL DAY OF RESULT DECIDERS AHEAD AT FINAL DAY OF RACING IN THE BARTERCARD SAIL PARADISE 2019
January 8, 2019