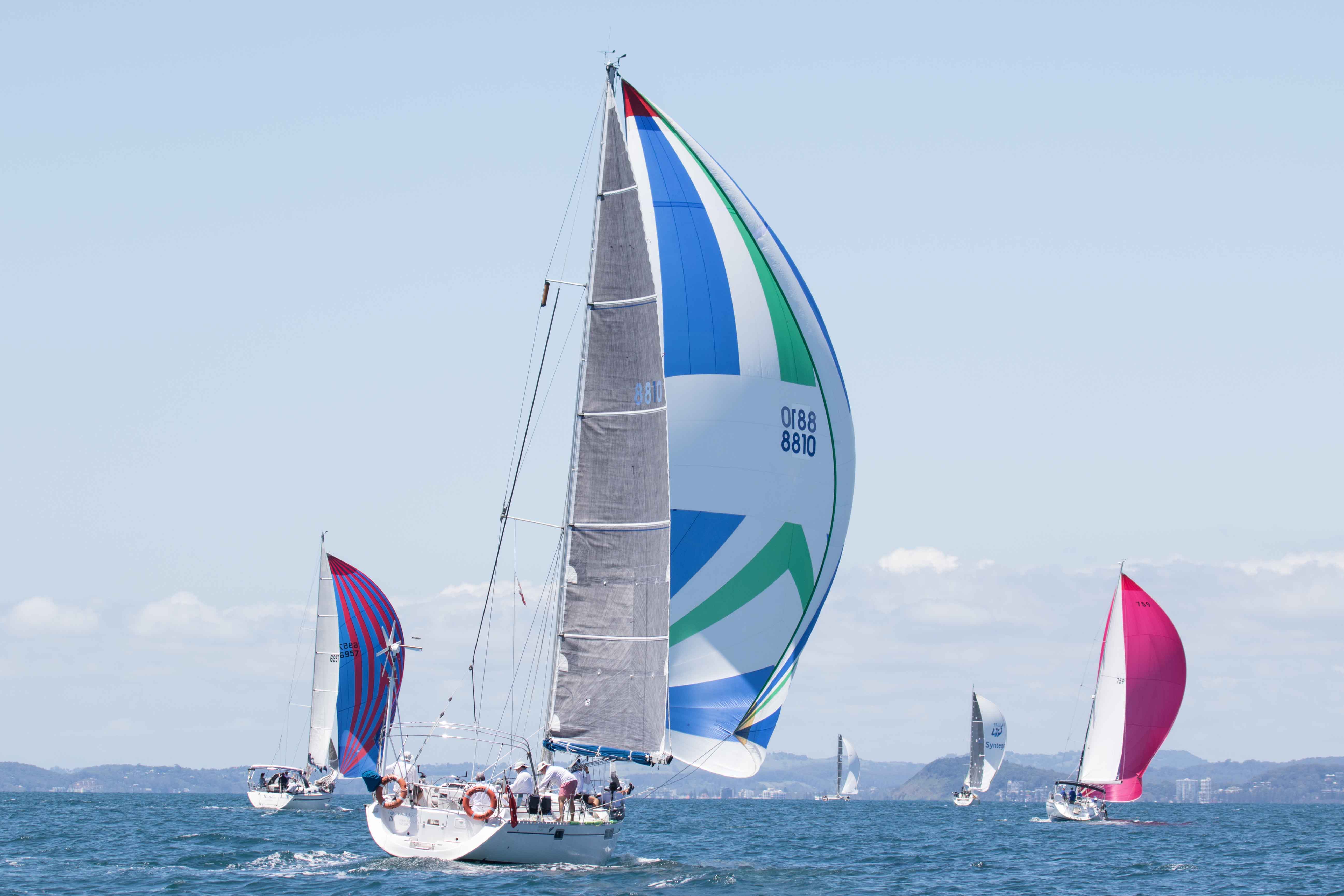 With the fourth and final day of racing completed on Sunday 17th January, David Hows Beneteau 445 OCEAN GEM, along with the crew were awarded overall 2016 Bartercard Coffs to Paradise and Sail Paradise Champions.

“This is out first time competing within the IRC Division in the Southport Yacht Club (SYC) Sail Paradise Series and we could not have asked for a better result. The crew and I are ecstatic to have won this regatta, and we look forward to the event growing nationally with more competitors joining SYC from Brisbane and Sydney” said David.

After purchasing Ocean Gem in Auckland back in 2011, David and his crew have been competing regularly in the Queensland sailing scene, having had tremendous feats including winning the 2015 Queensland Beneteau Cup. Since then David has spent a great deal of time and effort working on the vessel to gain an IRC certificate ready for their first ocean race, the 2016 Bartercard Coffs to Paradise Yacht Race.

SYC’s Tony Horkings and crew sailing on board Lee-way were crowned the Overall 2016 Bartercard Sail Paradise IRC division winners. “Unfortunately it has been a while since Lee-way has been on the racing circuit at SYC, but we have had an absolute blast and can’t wait for the next big sailing event”. “I would also like to add a big thank you to my crew for their great efforts over the regatta, and thank you to SYC for their hospitality and organisation throughout the event” said Tony.

The 2016 Fastway Couriers Catamaran Weekend incorporated into the 2016 Bartercard Sail Paradise series, saw 14 competitors competing on the Gold Coast Broadwater. First (1st) place overall winner of Division A was awarded to Wim Brouwers competing on Teebeeay, and first (1st) place in Division B being awarded to Philip Kellond-Kinght on board Geoffrey. Congratulations to the off the beach catamarans on such a fabulous event.

“It is always a great time of year when hosting the annual Sail Paradise series. I have received multiple compliments in regards to the professionalism of the sailing structure, as well as the social events back in the Club from both SYC and fellow Yacht Club skippers and their crew members. Thank you to all the Sponsors involved with the event, and I look forward to seeing the boats back for the 2017 Bartercard Sail Paradise” said SYC General Manager Brett James.

Further details and overall results for the Bartercard Coffs to Paradise race and Bartercard Sail Paradise 2016 can be found on the club’s website: www.southportyachtclub.com.au